The Brooklyn to Philly Movement

Right now, Philadelphia presents a tremendous value for homeownership! It used to be that the discounted value of living and owning in Philadelphia came with the requisite lack of amenities… well, not anymore.

Brooklyn 2.0 came to life as an alternative to the onerous prices of Manhattan Real Estate. Space and place meant having the freedom to do what you wanted, how you wanted. Now, Philadelphia is the new Brooklyn… the affordable Brooklyn. The Brooklyn that makes sense. The Brooklyn that allows you to live the way you want to live.

The average home sale price in Brooklyn from April 2013 to June 2013 was $562,000. That is ridiculous and beyond the means of the average American, even a Type A NewYorker! The average home price in Philadelphia was $179,000. You do the math. Whether it is a newly renovated warehouse condominium or a three story single, it just makes more sense to live and own somewhere where you can actually… live!!! 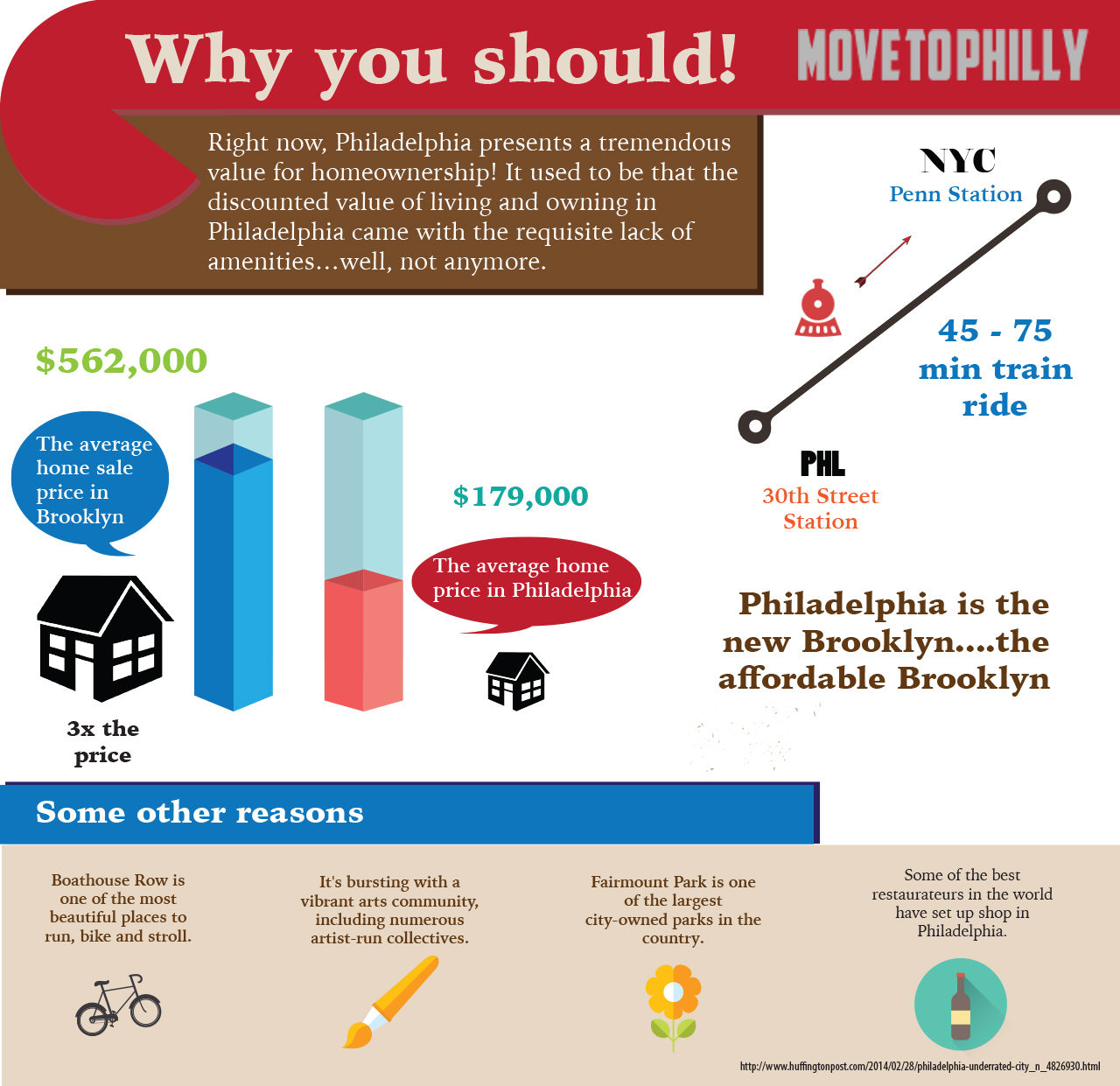