So many neighborhoods encompass Philly’s Center City District. Market, Chestnut, and Walnut Streets have plenty of shopping and high-rises. But the further south you get in Center City the more rowhomes and boutiques you will find. Center City is the perfect hub to access all of Philly’s public transportation.

Some Center City Neighborhoods to check out are Philly’s Gayborhood (east of Broad to 11th street between Chestnut and Pine Streets), Rittenhouse Square (west of Broad from 16th Street to 21st between Chestnut and Lombard), and Washington Square West (which oddly enough is east of Broad and includes some of the Gayborhood between Broad and 6th Street and Walnut and South Street). In the Gayborhood and Wash Square West you’ll find more trendy and chic offerings for houses, while Rittenhouse has been established for some time.

In Center City you’ll have the greatest restaurants, shopping, museums, and parks all at your fingertips. Park your car and forget it here; you’ll be walking and taking public transit everywhere. If you’re moving from another big city like NYC, this will feel most familiar to you. Picnic in Rittenhouse Square, try out some of the city’s best restaurants, explore the Barnes Foundation, or take a run along the Schuylkill River.

Expect to pay more in Rittenhouse because all of Philly’s elite live to be seen in the Square. According to Zillow, the median home price in Center City is $330,000 (compared to Philly-wide average of $188,000). If that is outside your price range, consider West Philly, South Philly, or Manayunk, which will give you a similar urban feel but at a lower price point.

Browse current listings and reach out to Christopher for a free consultation on moving to Philly. 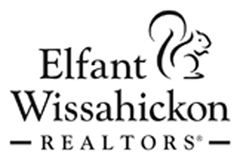